When it comes to inappropriate and scandalous teen drama/chick flicks, gossip girl often is enlisted as one of the “classics” (especially since it is been on Netflix since FOREVER). It has definitely made its mark and stood out from all the other young adult tv series. Not gonna lie I’ve been watching the show since the tender age of 13 years old. Too early? You might say, but it’s not difficult to find out that majority of people who grew up watching the series when it first aired were around 13 to 25 years old (sometimes even “real” adults enjoyed it). 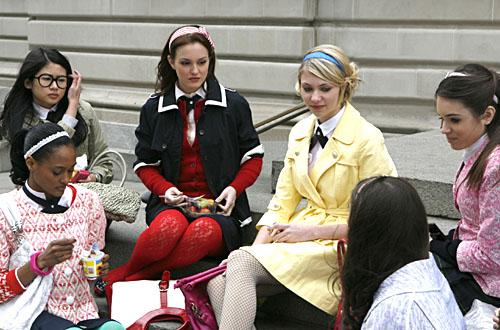 When I first discovered the show as a “fresh” teen, I was immediately drawn to the impeccable prep-school fashion, the glitz and glamour, the lavish yet carelessly lifestyle, and most importantly, the relationships between all the characters (including struggling ones with the parents). If there is one show that in my opinion glorified New York City as a place to be, gossip girl is it. A 13 years aspiring fashion designer and self-proclaimed art hoe, I found myself fascinated by how effortlessly (as it appeared) the show incorporated fashion into building the foundations of the show’s characters. Who is Blair without her headband and colorful stockings? And who would even recognize Serena van der Woodsen without her golden voluminous champagne blond hair and risqué outfits (I mean for 16 years old)? Their ridiculously mean demeanor and cruel adult-queue conversations were in the most part so unrelatable and shocking for most middle-class suburban teenagers that it’s so cringy and ADDICTING to watch! In a major way, gossip girl has shaped my teenage years. You constantly feel like you are not “cool” enough to know these characters in real life, yet every episode you find yourself relating to them more and more. My love for gossip girl is a far more personal one, and let me explain why. 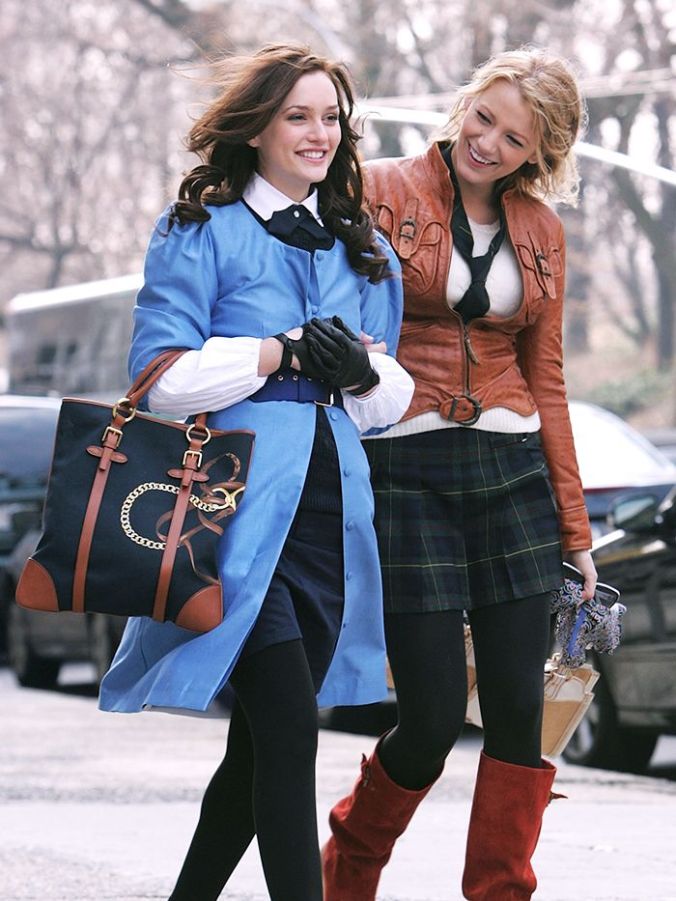 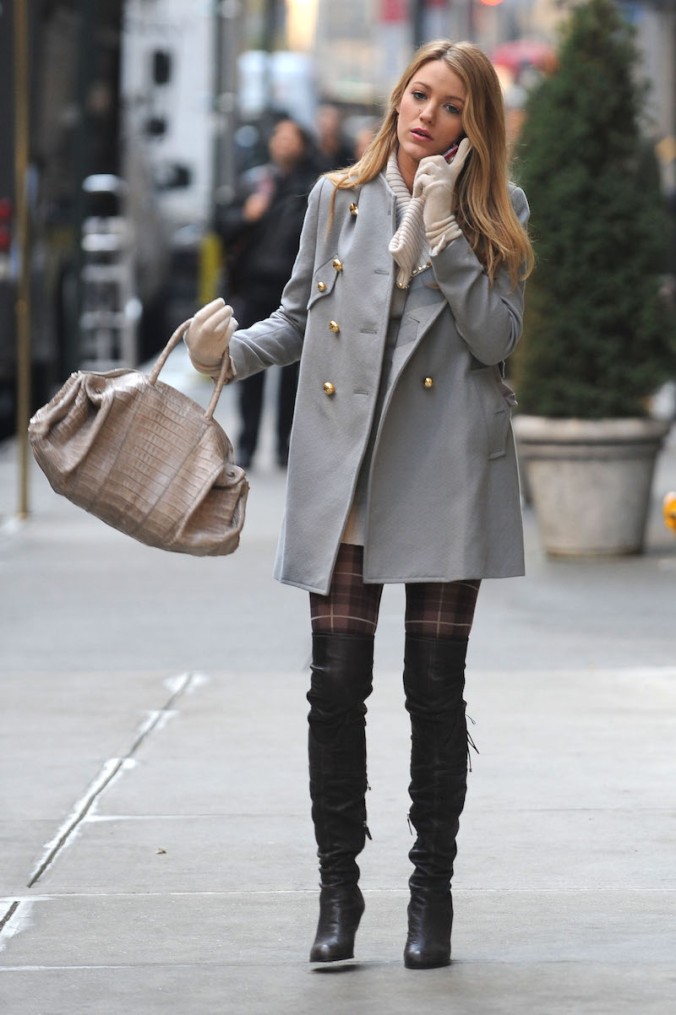 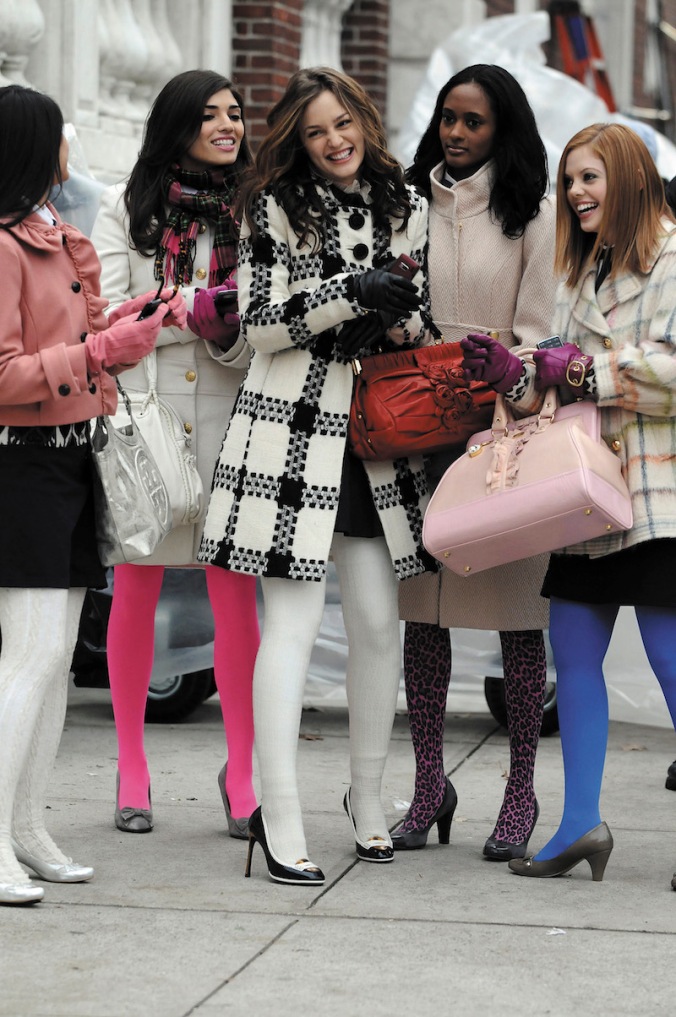 I did grow up differently compare to majority of the teens I went to high school with (click on this link if you want to find out more), being a teen was already hard. At times I felt that under my circumstances it’s even more difficult to find a sense of place in and comfort. I felt that no one understood me, including my parents and siblings back in Taiwan. For the most part, I worried that I couldn’t meet their expectations, and eventually failed them if I were to completely infuse myself with the American culture. I feared for not getting acceptance from my peers at school and feared that if I did become one of them, my parents would be ashamed and disappointed because I didn’t become their ideal prodigy. The culture differences was already a gap that I struggled for years to cross, left along adding living without parental guidance in a “foreign” country that I was told I belonged. The show that made me feel better was gossip girl. It opened my eyes to endless possibilities, ways to live as a teen in America, and most importantly, I feel that my life at the time was a big assortment of all the characters and their various life struggles/circumstances combined. In season 1, Serena’s parents sent her away from home to boarding school, Blair’s mom often verbally abused her into dieting and eventually turned her into a bulimic, Nate’s parents looked picture perfect on the surface but they were rotten inside, and overall they were all pretending to be more grown-up than they actually were, just like me traveling internationally by myself every year to be with my family, and managing my own life (for the most part). In a funny way, I was relating more to the crazier “unrealistic” parts of the show because of how unconventional my own life was as a teenager, and it was comforting to know that there were teens sharing the same (if not more) problems that were bigger than us.

The truth is Gossip Girl has received a fair amount of criticism over the years. Some said it’s injecting inappropriate ideas and served as a bad influence on teens. Some even s with its melodramatic plotlines and everchanging character personalities. But I think one might even argue that it has exactly achieved its purpose of existence. When I revisited the episodes as an adult in my 20s, I somehow ALWAYS get something new out of it, things I simply didn’t have the capacity to pick up on when I was younger. Gossip Girl is one of those shows that no matter how many times you rewatch it, it never gets old. The fashion still looked fresh af, they used social media and are addictive to their phones like nobody’s business. Somehow the show shaped and predicted the millennial culture in the incoming years. The accurate portrayal of a narcissistic generation is ON POINT. These characters have a group of solid squad members that are constantly falling out yet in a various fucked-up way always ended up working together and repair their seemly broken friendships. Not to mention the idea that apparently our parents are as flawed as us, they are just better at hiding it.

My recommendation for people who’s been a fan and want to rewatch some episodes but don’t like the commitment, start off with the first two episodes of each season (Summer madness shall I say?), then proceed to the Thanksgiving episode from each season and then finally the winter episodes are absolutely a MUST. They are not only dramatic, but the scenery and aesthetic are immaculate. I promise you won’t be disappointed. Don’t forget to serve yourself a glass of white wine/champagne with strawberries or your favorite dessert. IT IS A VIBE.

Bonus: the Paris Episodes (Season 4 Episode 1 & 2)* soooooo good.
Gossip Girl is hands down my favorite television series because:
1. The fashion
2. The crazy plot lines
3. Aesthetics
4. Rewatchability
5. I grew up with it!
Let me know your favorite episode(s) and whether you think it’s as genius as I praised it to be in this post!

My name is Joyce. I am a fashion enthusiast and now dental student/blogger located in Spain. Welcome to my blog where I will be sharing my life and fashion related content. Enjoy! xx.

Please note that all the images on this site is copyrighted and not available for download or personal uses without permission. Thank you.
%d bloggers like this: